I got on board with the concept of goals long, long ago. The very name of this blog and a great deal of the posts on it concern one of my biggest goals. After a couple of decades of chasing goals and breaking promises and sucking balls, I have finally come to realize that goals are not the right way to motivate myself.

I didn't mention it to most of you, but about three months ago I decided I'd had enough of this writing thing. I was going to keep writing the Mango, but other than that, I was done. I was quitting for a number of reasons, one of which was that I had become a slave to The One-Thousand. The goal, not the blog. I was trying to crank out stories just because I had a time limit, not because I was excited about what I had to say. There was no point in that and, more importantly, there was no joy in that.

About a month after I quit and put it out of my head for a bit, I allowed some evil writing thoughts back in. They are, after all, insidious.

That sort of thing. You know.

Although I keep using the past tense as I speak of quitting, I can't bring myself to publicly say that I'm writing again until I actually finish something. Story 144 doesn't count because that was some rewriting for a thing I planned on finishing before I quit. But I am quite excited about some projects. And that may be a better motivator for me: Go do what you're worked up about. I'll still track the stories here. I'm just not tying myself into Windsor knots worrying about getting them done by a certain time. There was no fucking way I was meeting that goal with my current life situation anyway.

Quantified goals, like everything else, work for a lot of people, but they may not work for you. Don't spend decades wrestling with yourself over it. Drop it and move on.

Yeah, I'll change that jazz up at the top of the page eventually. When I get around to it.
Posted by Matthew Sanborn Smith at 11:03 PM 2 comments:

Posted by Matthew Sanborn Smith at 11:10 PM No comments:

The Sofa Is Always Greener On The Other Side 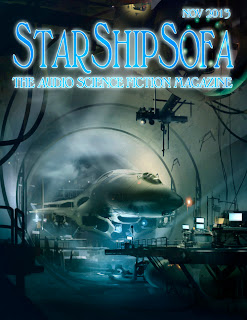 Mainly because that side is facing the wall. Enjoy!

The Hills of the Dead

Hey, Folks! I was recently a guest on the SFFaudio Podcast, discussing Robert E. Howard's Solomon Kane story, The Hills of the Dead. You can listen here: http://www.sffaudio.com/?p=49705 There's a reading of the story by Paul Boehmer, followed by our discussion. I first read it years ago, along with the other Solomon Kane stories, and this one stuck with me the most. The Hills of the Dead is the one I tell people about, even years later, mainly because it's got the most innovative disposal of vampires I've ever seen. To think this was written in the 1930s and I haven't seen rip-offs is impressive. If you're a hardcore horror person, maybe it won't feel so unique. At any rate, go listen to the podcast!
Posted by Matthew Sanborn Smith at 11:23 AM No comments: