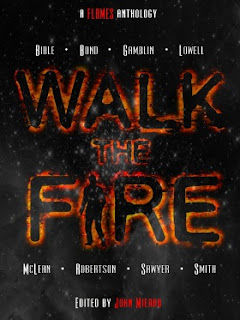 Okay, remember that story I told you I wrote for John Mierau's anthology, Walk the Fire? Well, now you can listen to it for free. Or at least the first part for now. The second part will be coming soon and it too will be free. In fact all the stories from the book either are or will be available in audio on John's site.

To refresh your memory, my story is called Aborted Love with Chaos Motor at Lucky Pierre's. It's a fun little story about Congolese feminist revolutionaries, teleportation, a machine that does a bunch of crazy crap, a relentless fiancé, and a shitload of snails! Click the book cover up above to buy your copy of the e-book and/or click the link below to listen to the first part of my story:

Only one day left to join StarShipSofa's latest event and learn from the legendary Spider Robinson! Here's a link to my post that has the details:
http://theonethousand.blogspot.com/2012/11/write-with-spider.html 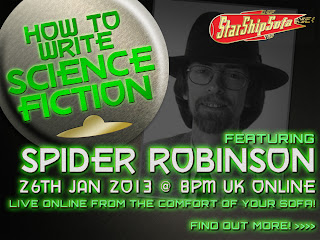 After you register, don't just sit around and wait all day, listen to the latest episode of StarShipSofa!

Fact: Hugo Review Harry Potter and the Goblet of Fire by Andy Tomaswick


Or, start with the one before this, since it is the second part of a two-parter.

So, as I said, I finished the beta version of the novel. I'm waiting to hear some feedback on that so I can fix any problems. I've asked my beta readers to get back to me by February 15th. As I'm waiting, I'm tinkering, however, making little improvements to chapters as they occur to me. I hope to have the final version done and off to an editor by March 1st.

I got the latest Mango out late and looked over what needs to be done between now and the end of May. As you may know, I do an episode a day in the month of May. Then there are the regular episodes between now and then, including an April 30th episode, which I don't normally do, but since I still owe you folks an episode for last October 15th, I'm doing one. So, I think I have to produce thirty-eight episodes between now and the end of May. I haven't figured out when I'll record, but if I spend an hour a day on the writing, it'll be no problem. An episode usually takes about three hours to make. Two to write, one to record, edit and post. Those are rough numbers. Maybe I'll record, edit and schedule them as they're finished. That would produce a little over two episodes a week, which would work.

Then there are the short stories. I've got eight-hundred and sixty-two short stories to write in a little over six years and three months. That means a short story every two and a half days. Hmmmm. I'm trying to figure out a system that could make this happen. I'm working on it. If you're curious, the novel will count as a story.

That's it for now. I have some stories to write.
Posted by Matthew Sanborn Smith at 9:57 PM 1 comment: 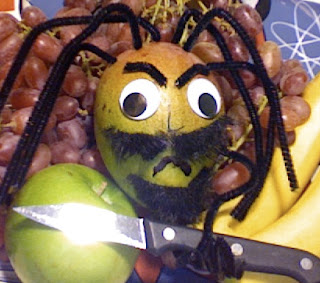 A writing update and excuses for all of you. I finished the novel early this morning and have sent it out to my beta readers. Far from my first novel ever started, it is my first ever finished. Yes, I know I have more work to do. Shut up.

In order to finish the novel for today, I slept for two and a half hours last night and three and a half the night before that. I had an episode of the Mango due today. I haven't even started writing it. The plan was to write, record and post it this evening. Even after a forty-five minute nap, I am staring at the screen and drooling. I'm betting it's not happening tonight.

One day I'll get back to normal posts. You probably like these better anyway!
Posted by Matthew Sanborn Smith at 11:50 PM No comments:

I Can't Stop Playing This Video

Much thanks to Jonah Ray who turned me onto this song when he appeared on the Sklar Brothers' Sklarbro Mixtape 2012. I have been playing the hell out of this video tonight around novel editing.