About a week and a half ago, I finished story 170, a flash fiction piece called, "You Will Find Yourself Buried Beneath Rubble." I wouldn't be surprised if I finish 171 soon, probably called, "A Sensitive Woman."
Posted by Matthew Sanborn Smith at 6:56 PM No comments:

Email ThisBlogThis!Share to TwitterShare to FacebookShare to Pinterest
Labels: 170, 171, A Sensitive Woman, The One-Thousand, writing, You Will Find Yourself Buried Beneath Rubble 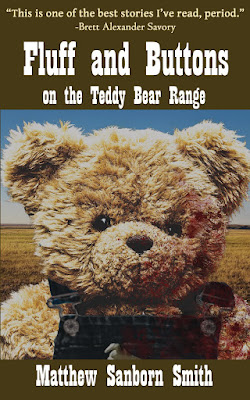 I had to redo the cover for the e-version of Fluff and Buttons on the Teddy Bear Range because modern resolution meant the old one was too small, but I've been unhappy with the text on the old one for a long time. It looked too blurry in the thumbnail. So here's the new cover. If you're hankering to read it, it's on Amazon, and back on Barnes and Noble and Kobo for the first time in years.
Posted by Matthew Sanborn Smith at 11:10 AM 61 comments:

Not In Real Life, but Indian River Lagoon (though it did happen in real life, too). We were rained out, eventually, but not before I had an incredible food truck panini with barbecued pulled pork, cheddar, and mac and cheese in it. Sounds gross, but it was great.

We threw a tarp over ourselves for the first downpour and gave up well into the third. My shoes, as you can see, were submerged 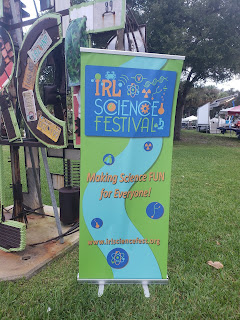 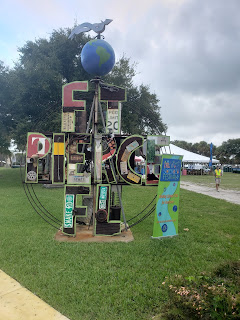 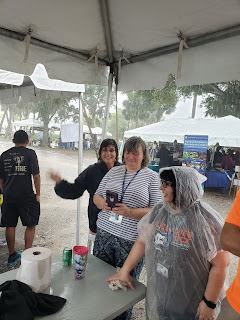 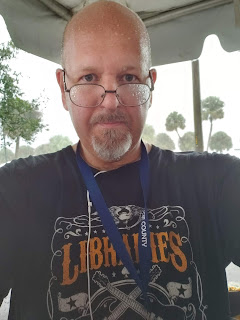 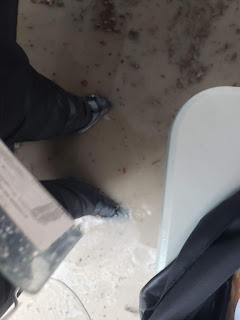 Posted by Matthew Sanborn Smith at 12:44 PM No comments: 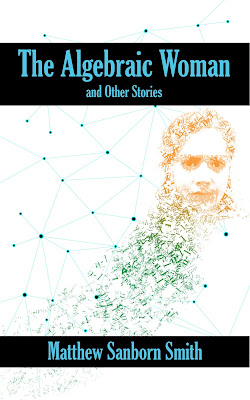 Here's the cover of my latest collection, The Algebraic Woman and Other Stories. And here's the description:

Darpana is a woman made of math, enslaved to the mathematicians who created her. Any human or humans who stand too closely become her input and her personality and body change with each new encounter. When no one is around, she disappears. How would you escape if you only existed in the company of others?

Stories include:
The Algebraic Woman
Puppies for Sale
And the Midwives Their Faces Abloom
Maisy’s Many Souls
Red and Roxanne
The Cat in the Helmet Comes Back

So, for only $2.99, how in the world can you say no to that? Trick question. You can't, of course. Get it at Amazon now and some other places soon.

I just sent out story 169, "The Substitute Secret Agent." It's a meta meditation on American capitalism, loneliness, and responsibility. I think it's one of the best things I've ever done. As always, editors may disagree.
Posted by Matthew Sanborn Smith at 12:30 PM No comments:

Email ThisBlogThis!Share to TwitterShare to FacebookShare to Pinterest
Labels: 169, The One-Thousand, The Substitute Secret Agent, writing

Just finished story number 168 last night, "Three Fates," and sent it off to an editor. If I can stick to my schedule, these numbers will be falling more rapidly than they have in years.

I sold story 165, "I Was Meant to Live Another Thousand Years," to Kaleidotrope last night. Don't look for it till 2021, though. Fred at Kaleidotrope published my story, "Three Kingdoms" (no relation to "Three Fates") in 2014. I'll let you know when it's available.
Posted by Matthew Sanborn Smith at 1:42 PM No comments:

Email ThisBlogThis!Share to TwitterShare to FacebookShare to Pinterest
Labels: 165, 168, I Was Meant to Live Another Thousand Years, The One-Thousand, Three Fates, Three Kingdoms, writing

I’ve been super-busy over the last couple of months moving house. Things are starting to get back to normal, and I watched some TED talks that got me thinking about the One-Thousand again.

My goal has shifted from writing 1000 stories by the time I’m fifty to writing 1000 stories before I die. I have 833 stories to go. If I focus and put the effort in, I could probably write a story a month around my current schedule. Doing the math, I see that’s going to take nearly 70 years. I’ll be 120 years old. Odds are against that happening. Two stories a month (which I’m sure I can’t do at the moment) would take 35 years. Odds are better that I’ll see 85 years of age. What I’m trying to say is that I have writing to do.
Posted by Matthew Sanborn Smith at 9:56 AM No comments:

Email ThisBlogThis!Share to TwitterShare to FacebookShare to Pinterest
Labels: The One-Thousand, writing


I turned fifty yesterday, and that’s an important age to this blog. The reason this blog exists, the reason it’s called The One-Thousand (it's been hyphenated in the title for years. Live with it.), is that I set a goal when I was thirty-seven (I think) that I would write 1,000 stories (of the type to be submitted to editors for publication) by the time I was fifty. Here I am at fifty. I’ve written 167 stories. Youch!

I’ve tracked my output and have expected to fail for years, but that’s okay. As I’ve said many times before, I’ve written more because I set that goal than I would have if I hadn’t set it. Shoot for the stars and hit the moon. You wouldn’t have gotten to the moon otherwise.

So, make huge goals, and always keep them in mind, even when you’re way behind schedule. There will be times when those goals get you out of bed and get you moving toward them, when their absence would have left you uninspired.

I’m still shooting for one thousand stories. The game now is, how late will I be? At the current rate, it’s in the bag by the time I’m three hundred years old. There probably won’t be blogs then. They’re already passé now! You’ll just have to take my word for it now that I’ll have made it then.
Posted by Matthew Sanborn Smith at 6:30 AM 1 comment: