Nice And Moist Now, Thank You

Email ThisBlogThis!Share to TwitterShare to FacebookShare to Pinterest
Labels: Beware the Hairy Mango, Thank You

The Mango Needs A Little Watering

And so do I. I'll let my latest post at the podcast site explain:

Thanks!
Posted by Matthew Sanborn Smith at 8:56 PM No comments:

The Writing Advice At The End

I wanted to record Mango 100 today but both The Boy's voice and my own are jacked up due to sickness. Yes, he's going to be in it and so is his sister. But don't remember this in case it falls through.

Saw a beautiful movie called Somewhere with the daughter. She hated it. She claimed nothing happened. Don't listen to her. She's the one who picked it out and she can't remember why. I just wanted to see it because it was a Sofia Coppola film. It was my second and Sofia's two for two. Looking forward to three.

Here's some advice for the writers out there. It's one of those obvious things that we still need to be reminded of from time to time. You non-writers can probably get something out of it too:


Posted by Matthew Sanborn Smith at 8:07 PM No comments:

It's one of those days when I've got nothing that needs to be done and I can just sit and write and yet I can't do more than a half hour's worth of work without having to get up and distract myself. It's what I call the itchy mind. I went to get help for this years ago, figuring I had ADD or something. Turns out I did and my psychiatrist threw in some depression there as well, which made sense. The good news was there were meds for that; One drug which handled both, which made me wonder if they're related. The bad news was that the meds took away my desire to write. I chose to drop them. I'd rather be fucked up and getting some work done than happy and getting no work done.

Why am I telling you this?

I posted a link to the audio for this story a couple of years back but since The Moth just released the video, I wanted to tell you about it again. Jerry Stahl is funny as hell. I think this was the first Moth story I heard and it made me a permanent fan.

Posted by Matthew Sanborn Smith at 8:44 PM No comments:

Moebius passed away today. If you're familiar with Heavy Metal - either the magazine or the first movie - you're familiar with his work. I'm grabbing things for this post by way of posts from Neil Gaiman, Jimmy Palmiotti and Scott Edelman. I would loved to have seen his Dune on the big screen. I first read about it in Twilight Zone magazine just before Lynch's version hit. Here's a little article with some beautiful art from Edelman's wonderful mag, Science Fiction Age. And below is a great and inspiring (to me) documentary, In Search of Moebius.

It's awful to lose him, but great to have had his work.


In Search of Moebius - Jean Giraud clip1/3 by foivosloxias


In Search of Moebius - Jean Giraud _clip2/3 by foivosloxias


In Search of Moebius - Jean Giraud_clip3/3 by foivosloxias
Posted by Matthew Sanborn Smith at 9:28 PM 1 comment: 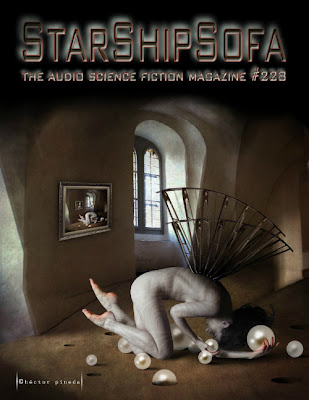 Posted by Matthew Sanborn Smith at 5:06 PM No comments:

All You Need Is Money

My natural state is brokety-broke, but I had a nice influx of dough last week, tax refund and an insurance refund. Paid off a credit card and another bill and caught up on some others and spent a little something on myself. When I was a kid, say eleven and twelve, The Beatles were like a religion to me. Honestly, you wouldn't have wanted to spend time with me. I actually got the words "Maxwell's Silver Hammer" embroidered in big letters on the back of my windbreaker. Total douche. Anyway when high school rolled up, I moved onto other things like Black Sabbath and masturbation and put The Beatles aside. I had pretty much ODed on them anyway. I still dig a little Beatles here and there, but I didn't own the music anymore. So with said dough in hand, I downloaded The Beatles Box Set from iTunes. To put it in metric figures, this set equals 1 assload of Beatles music, Pretty much everything a fan who has a life outside of The Beatles would ever want to own.

I'm loving the shit out of it.
Posted by Matthew Sanborn Smith at 12:10 AM No comments:

Email ThisBlogThis!Share to TwitterShare to FacebookShare to Pinterest
Labels: The Beatles

I won a small victory against gluttony today and as a reward I get to wear my regular-sized pants tomorrow.
Posted by Matthew Sanborn Smith at 12:07 AM No comments: